Duolun Road is a small quiet street located in Hongkou District, Shanghai. This place has a unique atmosphere that I haven’t felt anywhere in the city. Duolun Road is famous for being the residential area of some of the most influential writers, as well as several Kuomintang generals (the Nationalist political party) in the beginning of the 20th century. The area is also known to be home to the League of Left-Wing Writers in the 30s: its founder and several others were living nearby. Duolun Road is different, and has its own spirit thanks to its unique architecture, galleries and antique shops.

Today, this is a popular spot for art lovers who come to Shanghai to travel, and it’s known to the local tourists only. The Cultural Street is free and contains many former residences of celebrities and sculptures of writers. In 1998, the Duolun Road Cultural Street was officially recognized as an outdoor museum.

The area was home to the League of Left-Wing Writers in the 30s. Statues of them pepper the cobblestoned streets. There is also a statue of Charlie Chaplin. Also a building with multiple floors of ‘old school’ antique places…dusty and jumbled. Enjoyed it very much. Among the skyscrapers and modernization of Shanghai…nice to be in an area like this.

Where is DuoLun Road located?

Why visit DuoLun Road in Shanghai?

Duolun Road is famous for being the residential area for many influential writers, overseas returnees and prominent businessmen in the beginning of the 20th century. Here, you will western-style villas built with red or grey bricks, similar to the ones found in the French Concession. But today’s charm of the street lays in its small, sleepy alleys, antique shops, galleries, tea houses and cafés. Since this is still a residential area, you can also experience the daily life of local Shanghainese. You can visit some of the many ‘old school’ antique shops and galleries: dusty and jumbled, selling old books, jade and ceramics. Some private galleries and museums along the Duolun Road display interesting collections, for example of old Shanghai newspapers, western clocks and ancient coins

In the middle of Shanghai’s skyscrapers and malls, Duolun offers an escape from the busy city and reveals another side of the city, that is more artsy and somehow more relaxed. For me, visiting Duolun Road was like stepping in another word. This place has its own spirit thanks to its unique architecture, galleries, antique shops and atmospheric cafés.

DuoLun Road in Shanghai: What to see?

This stone-paved road is only 550 meters long, in an L shape and lined with trees on both sides. The area is like a little island of historic buildings.

Xishi Bell Tower is located at No. 119, just at the corner of the L-shaped Duolun Road. The name of the clock tower comes from the word “Xishi” used in the title of Lu Xun’s poem “Course Flowers in the Evening”. The bell tower is 18.15 meters high.

The League of Left-Wing Writers was a very popular group of young writers and poets active in the 1930s. It was founded and led by Lu Xun, a famous writer, thinker and revolutionary whose works still have profound influence in China today. Lu Xun moved to Shanghai in October 1927, where he founded the New Cultural Movement (Zhou Shuren). The writers who joined the League of Left-Wing Writers were spreading Marxism throughout the nation via their works. They held regular meetings in DuoLun road and some of them were living nearby as well. Lu Xun, himself, spent his remaining life in Hongkou area, and he passed away in 1936.

Today, visitors can see different relics and letters written by the members of the League and learn more about the league and its members.

Hongde Temple is also known as Fitch Memorial Church. This is the only remaining Christian church in Shanghai that was built in a Chinese style. It’s located at 59, Duolun Road. The church has a grey-brick facade. The interior is simple, made of bricks and wood. The church is on two floors and the second floor has a big hall with a wooden ceiling. The Hongde Temple is a popular spot for wedding photos and portraits.

Xuegongguan (薛公馆) is another very popular building located at number 66, Duolun Road. It was built in 1920, and it was home to many prominent businessmen, including Mr. Xu’s, a famous silk textile dealer.

During World War II, the building was seized by the Imperial Japanese Navy and used to conduct military services.

Today Xuegongguan still functions as a residential building and many families are living there (as you can see from the photos).

Duolun Rd ends with another Kuomintang residence: Kong Residence. This Moorish-looking building was first built in 1924 by Kong Xianxi (aka H. H. Kung). Kong was one of the top entrepreneurs of his time and an official of Kuomintang. Kong also built the Bank of China Building on The Bund. The building is inspired by Islamic-style architecture.

How to get there?

Duolun Road is conveniently located near two metro stations. Getting there by metro is easy and fast.

You can take line 3, and get off at East Baoxing Road Station. Take Exit 1 and walk down West Hailun Road for five-six minutes until you reach the entrance of Duolun road.

The other way to reach Duolun road is by taking metro line 3 or line 8 until Hongkou Football Stadium Station. From there, you take Exit 1 and go north on Dongjiangwan Road until you reach the northern end of Duolun Road.

When you’re in the area you should consider visiting Lu Xun Park and Lu Xun’s Former Residence, which are all within walking distance from Duolun Road. 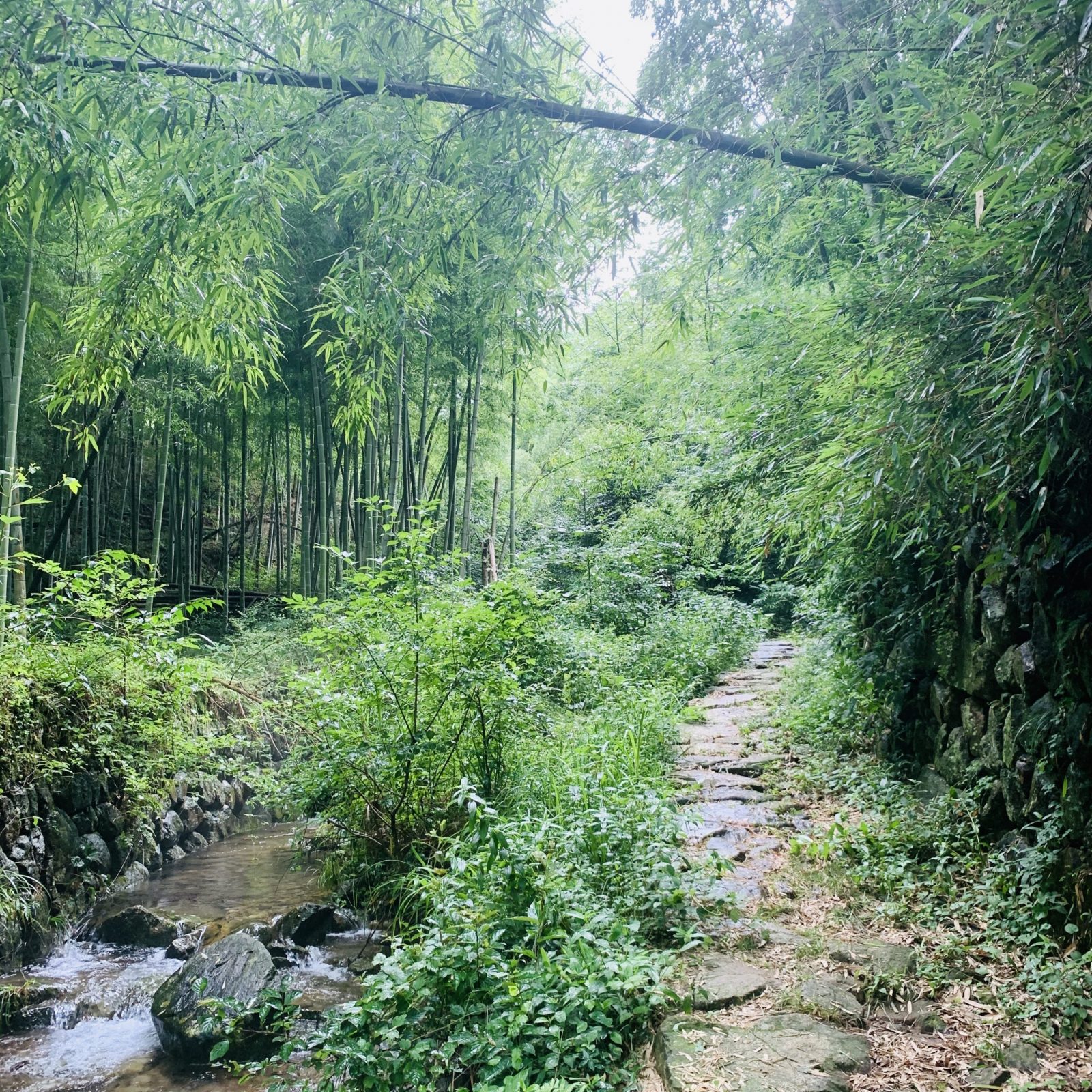