I am a coffee person. I drink between 2 and 4 coffees per day and before I came to China I was only having tea if I was sick. But in China tea is everywhere and tea-drinking is a big part of Chinese culture. It remains difficult to find coffee in smaller towns and villages and some hotels won’t even have coffee with breakfast. So after 6 years of living in China, I had no choice but to give tea-drinking another chance and I slowly added one or two cups of coffee to my daily meals.

While living and traveling in China I learned many fascinating facts about tea and in this article, I will share some of them.

China is said to be the motherland of tea. It is believed that the Chinese were planting and brewing tea already three thousand years ago. In fact, the first written mention of the tea plant dates back to the third century BC.

This is also confirmed by different archaeological evidence. In Southwest China, archaeologists discovered areas where tea was once farmed and cultivated that were geologically dated back to 2,000 years ago.

Different forms of tea-processing emerged between 221 B.C. and 8 A.D. We know that back then tea leaves were pressed into balls, dried, and stored. The tea balls were later crushed and mixed with herbs, like green onion and ginger, before boiling them.

In the 6th century, a commercial road, called the “Tea Horse Road” was joining Southwest China with Tibet in order to supply the region with tea.

In the mid-8th century, during the Tang Dynasty, tea-drinking had become widely popular in China.

But new archaeological discoveries push Chinese tea heritage back a further 3,000 years. It is now believed that the Chinese cultivated tea 6,000 years ago! In Tianluo Mountain archaeologists found roots belonging to a 6,000-year-old tea tree, as well as some broken pottery.

These findings show that people in China have been making tea since before the pyramids were built!

2. Tea Is the Second Most Consumed Beverage in The World

Nowadays, tea is one of the most popular drinks around the world. But did you know that it is the second most consumed beverage after …. water!

If you live in China, like me, this shouldn’t come as a surprise. One of the first things that surprised me in China was to see that many people carry around their tea bottles with them all day long.

A tea bottle of a high-quality is regarded as a useful and much appreciated present by many.

In addition, the variety of types and tea flavors in China is incomparable to other countries.

3. Tea Was Initially Used as a Medication

Before the 8th century B.C., tea was mainly used as a medicine and strengthening agent. Ancient Chinese boiled fresh leaves from wild tea trees and drank the infusion. Back then, it was believed that tea reduced “heat” and improved eyesight.

Even to this day, Chinese believe that tea can help ease chronic pains, fight off inflammation, and even help with cancer and heart disease. There are numerous prestigious studies that reveal the many health benefits of tea.

In North China, white tea is still considered the best antipyretic to give to children with measles.

Tea drinking may have originated in China, but it got popular all over the world. But did you know that in some ways, it owes its popularity in Asia to Buddhist monks?

By the second century B.C., Buddhist monks in China had discovered the stimulating properties of tea and they were drinking it during long hours of meditation or while writing and studying scriptures. They were also cultivating tea near the temples.

During the Tang Dynasty (618-907) monks from Korea and Japan started to come to China and study at the Chinese Buddhist monasteries. They were introduced to tea drinking and when returning to their home countries they took with them seeds of the tea plant and were the first to start to cultivate and grow tea abroad.

In a way, we can say that tea owes parts of its international popularity to the Buddhist monks.

China was the first and remains to this day the biggest tea exporter in the world. During the Ming dynasty (1368-1644 AD), British merchants established commercial posts in Xiamen and started exporting teas from southeastern Fujian Province. It is believed that tea and not silk was the first product that was widely exported from China.

6. The Word “Tea” in Almost All Languages Comes From Chinese

It may sound unbelievable, but the etymology of the word “tea” in many languages can be traced back to the Chinese language.

The Chinese character for tea is 茶 and today, it is read as “cha”. But, the symbol was pronounced differently in the different varieties of the Chinese language. It is pronounced chá in Mandarin, zo and dzo in Wu Chinese, and ta and te in Min Chinese.

In the 16th century, when the first Western merchants established their trading posts in Xiamen, local people from Fujian Province were calling the plant “te”. It is believed that Western European traders such as the English and the Dutch took the pronunciation directly from Fujian.

Today this pronunciation is the origin of the English word “tea”, the French “thé”, the German “tee” and similar words in other languages.

But in Cantonese 茶 was pronounced “cha”. Since Hong Kong and Macao were also major trading ports in the past, the Portuguese and other western merchants picked this word to refer to tea.

The Persians also picked up the Northern Chinese pronunciation of chá and added the grammatical suffix -yi. Today, the word chái is used in Russian, Arabic, Turkish, and even Indian.

And finally, neighboring countries such as Korea and Japan borrowed the pronunciations of “cha”, during earlier periods of Chinese history.

Like any agricultural product, tea grown in different regions has different tastes and qualities. Therefore, some Chinese provinces offer better conditions for cultivating different types of tea than others.

For example, the region of Hangzhou is popular for its green tea. The region of Taimu mountain, in Fujian province, is famous for its white tea.

Naturally, people from different regions tend to prefer drinking different teas. In Beijing, they like flower-scented tea, particularly jasmine tea, and in Shanghai (which is close to Hangzhou), green tea is more popular.

8. Tea Is A Popular Travel Souvenir

Buying and gifting tea leaves bought from the places you traveled to is a very popular travel present in China. It is somehow expected that if you visit a region famous for its tea, you will bring back some home.

Tea is a popular gift for clients and business partners. It is very common and widely accepted to gift good-quality tea even in a professional setting.

9. Some Teas Get Better With Age

Some teas improve with age. For example, Pu’er and white tea are suitable for long-term storage and the longer they are kept, the better they become. These teas can be kept for 10, 20, or even 30 years! The depth and complexity of the flavor of an aged fermented tea can simply not be compared to the flavor of the young tea leaves.

The aged teas are also very pricey. Similar to wines, the older the tea, the more expensive it is. There is even a popular Chinese saying that brick of high-quality Pu’er tea is a lot more valuable than a gram of gold.

These teas are The more fermented and intact the dried leaves are, the longer they will last.

Of course, not all tea is suitable for long-term keeping and collecting. Green teas, for example, deteriorate with age.

10. Herbal Tea Is Not Real Tea

Herbal tea, on the other hand, is made from different herbs, flowers, or roots and it does not come from the leaves of a tea plant. Therefore, herbal tea is not considered to be real tea. 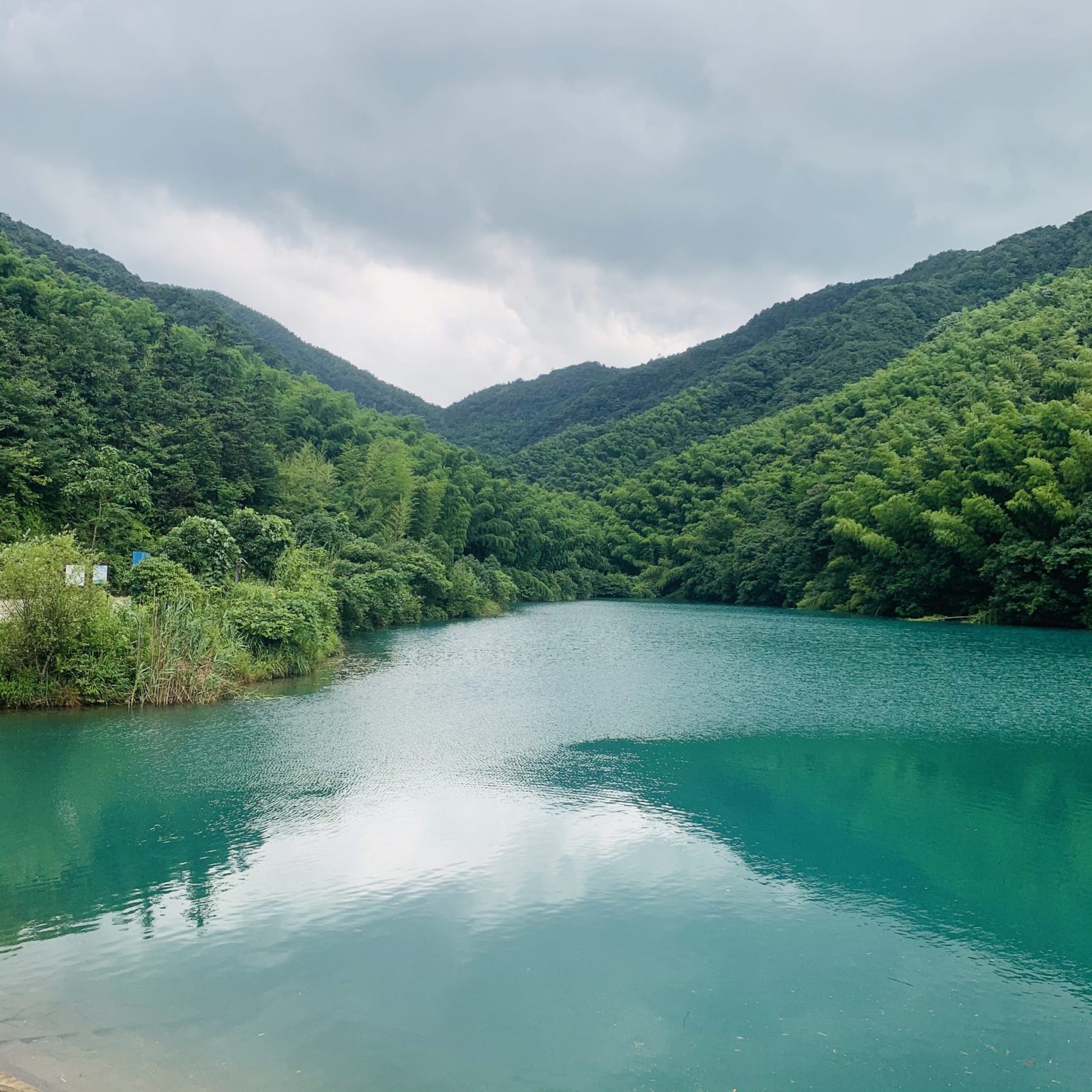 The Shangqing Ancient Trail: a stunning hike only 3 hours away from Shanghai 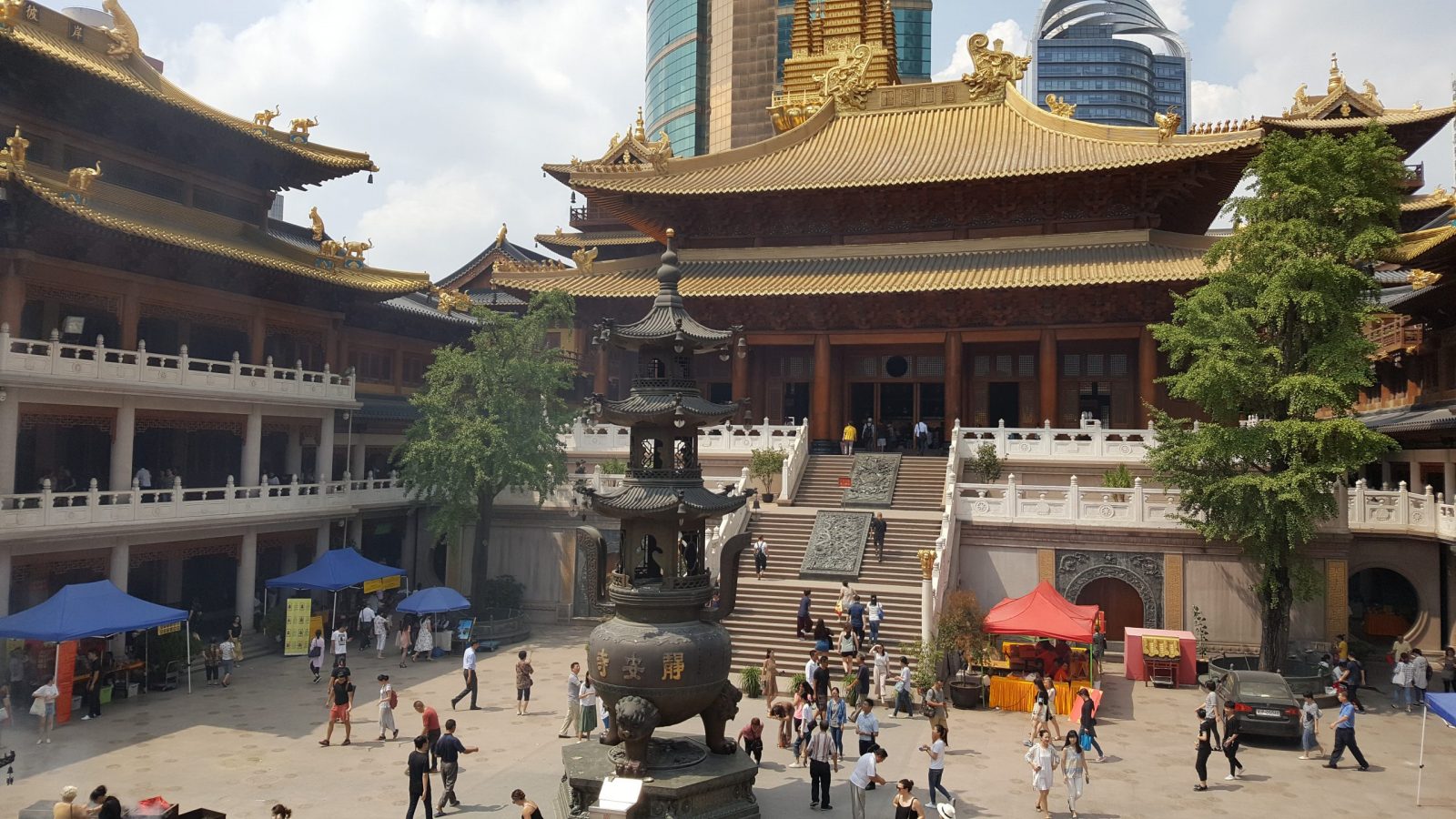 Jing An Temple: a must-see spot in the city center of Shanghai 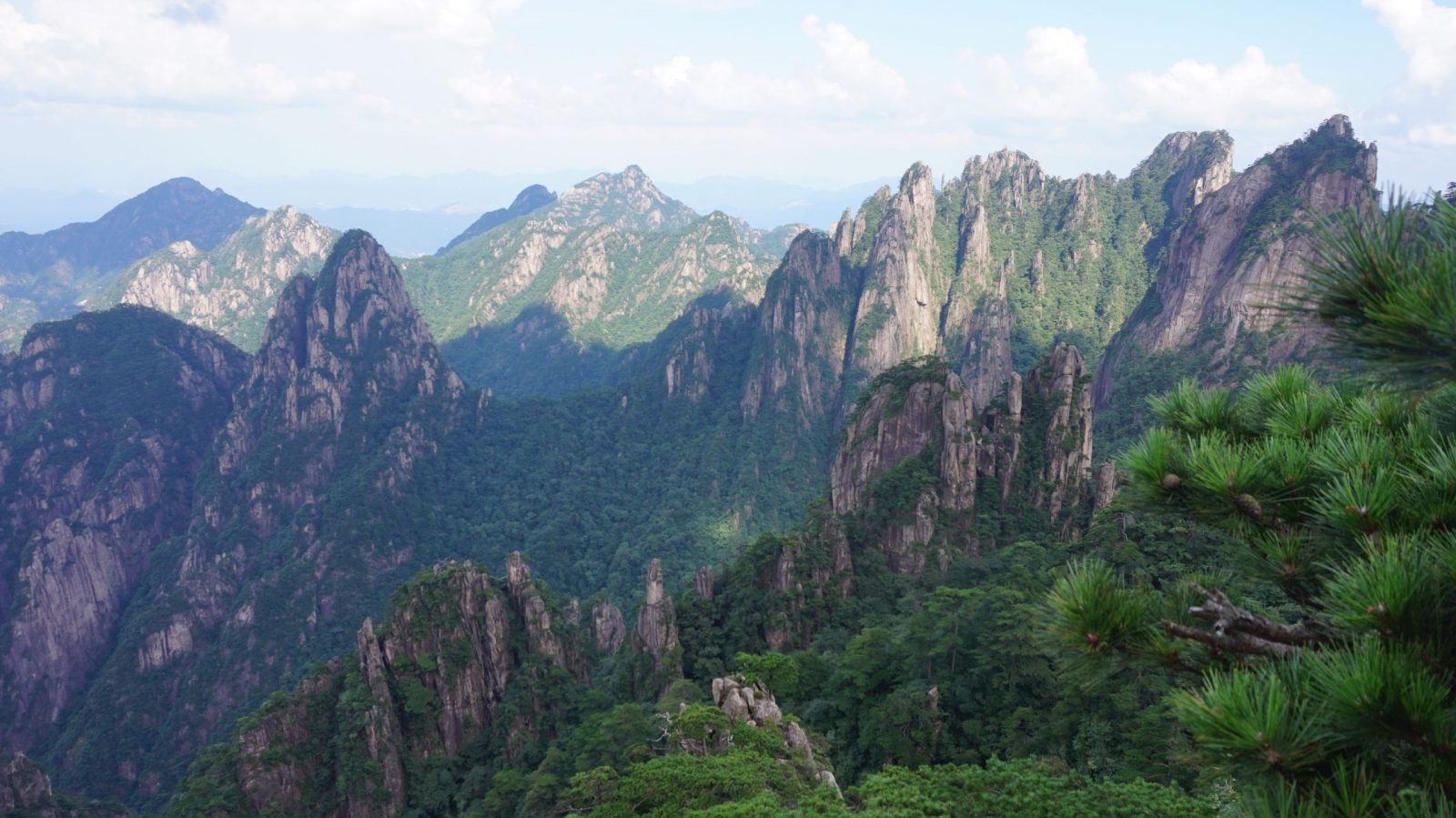 My Top 10 Things to Do in the Yellow Mountains 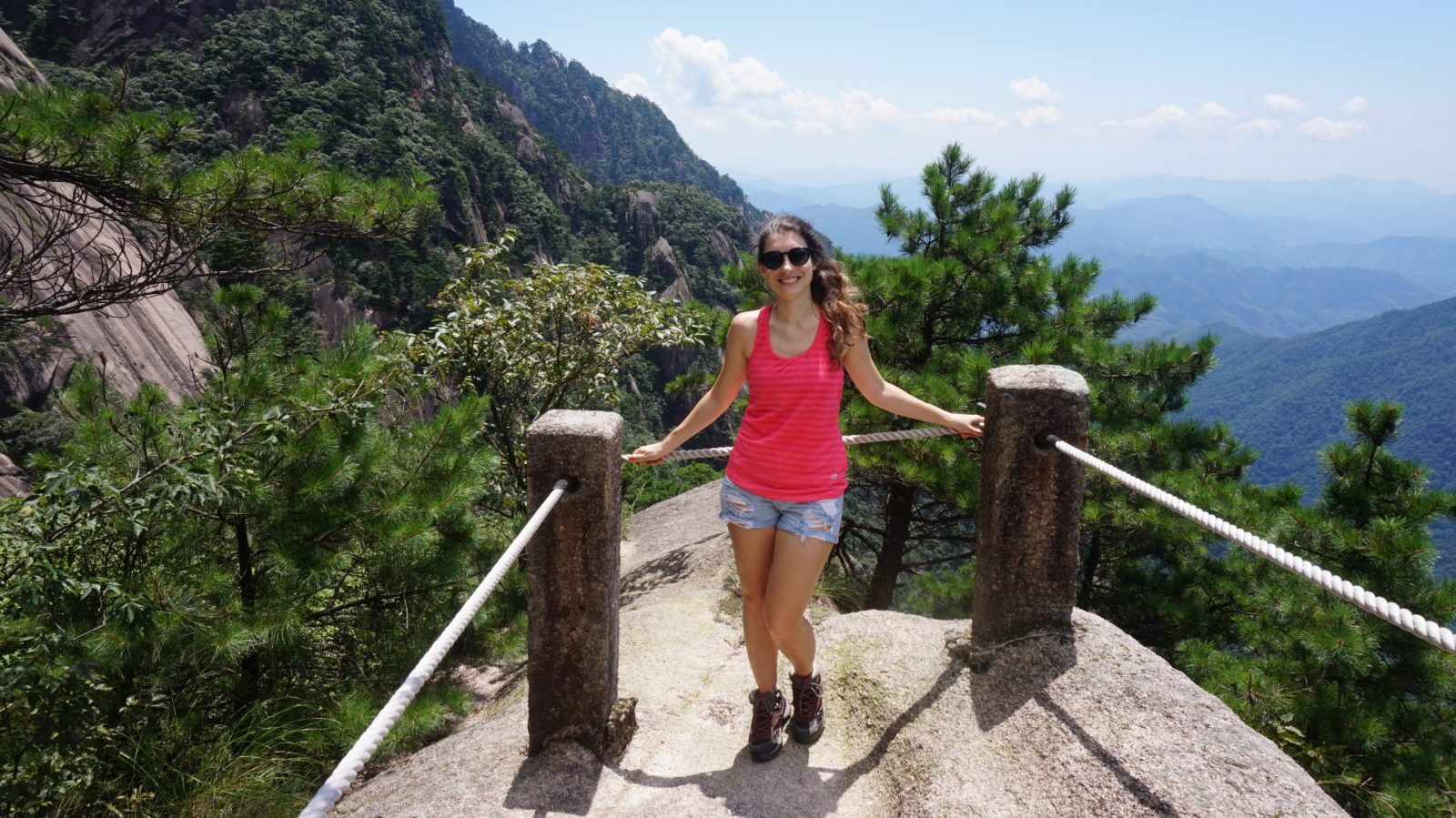